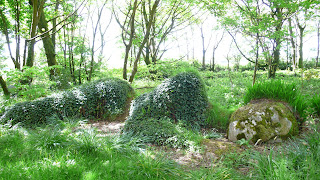 Yesterday we took advantage of the sunny weather and went down to the Lost Gardens of Heligan to walk around. 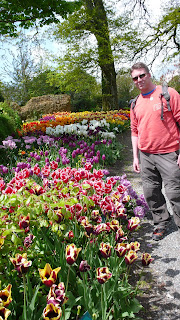 A hidden garden that was discovered and beautifully restored to its natural wonders, it is a peaceful place to spend the afternoon and take in the wildlife, plants and natural fauna. 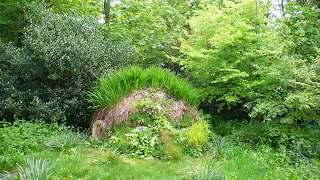 Today, after some baby shopping at Mothercare in Truro (we finally bought a car seat and found a solution to our mattress problem for our Moses basket), and a maternity ward tour of the Treliske Hospital, we heard on the radio that the Cornish Pirates were playing Munster in the Britis-Irish Cup final.

So we went to the Camborne Rugby Field to try and get some tickets. Although there were only standing tickets left, it was a fantastic game - and the rain held off! 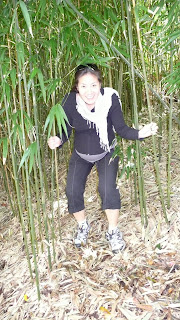 That evening, after a nice hot bath to soothe my achy legs, we settled down for a hot meal.

The week-end ended on a high with a surprise email from the Eden Project saying that 4 Jack Johnson concert tickets for June 26th had suddenly become available and that we were next on the waiting list!!! 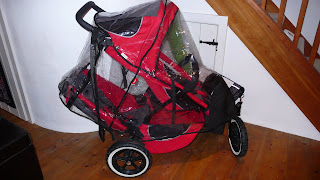 We received our buggy/ stroller two days ago!!! It's so exciting, I was walking back from my tutoring lesson and saw the big delivery truck at the gate. I could see he was about to leave so I ran fullspeed up the hill to try and stop him.
I don't think i've ran for several months now but it was probably a ridiculous sight. It was really more
like a fast-paced waddle. Oh well, at least i caught the guy in time. He even brought the big box into the house for me, sweet.
Matt's pumped up the tires and we're set to try it out asap, although it may look a bit strange pushing an empty buggy around... still, very exciting!
I've just ordered the bar that fits onto the frame so that the car seat (which we'll probably purchase this weekend) can sit directly onto the buggy. It's called a 3 in 1 Travel System and this particular one has 4 seat positions including a lie-flat option for newborns, plus it has a double seat option for when/if you have a toddler and baby to push around... no, we're not planning a second baby just now, but Matt thinks you can never be too prepared! :S
We've got our hospital tour this Sunday so that will be interesting to see exactly what it's like. I've heard mixed reviews from other mums in my Bumps and Babes group, and although some have said the facilities were 'basic', everyone has raved about the midwives and the care you get.
I only wish they offered a water birth option since I think I would love to try that but apparently you can't even bring in your own birthing pool to the hospital.
We've also got a couple of NHS classes coming up the next few Tuesdays. These are free and available to everyone. The first one focuses on the Signs and Stages of Labour, the second on Pain Relief, Partner's Role and Complicated Birth, and the third on Breastfeeding.
It's crazy how completely consuming this baby is already, and he's not even born! I saw the midwife on Tuesday and my blood results were all fine. Tai's head, which is the size of an apple she said, is perfectly positioned downwards and the fundal measurement is spot on at 33cm. 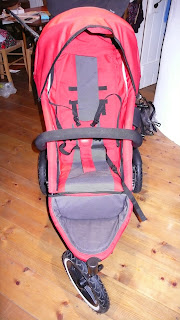 We heard the heartbeat again and that's always reassuring to know it's strong and fast. And as long as i feel a lot of movement and kicking consistently, we're told that's the best sign that he's doing alright.
It seems he doesn't stop moving at all and lately we can feel the rhythmic hiccups, which feels like smallish kicks. Apparently this is a great sign that he is practicing his breathing so that his lungs will be ready when he comes out.
I had some backache last week for a few days but it has since disappeared thankfully. I now swear by my swimming regime and am walking as much as possible. It's really been helping me keep fit I think.
So except for the occasional leg cramps and the insomnia at night, I feel perfectly fine...that is, if you don't count the extra 28 pounds (2 stone) i've had to get used to lugging around!
I've just been for an early morning swim with a girl i met at yoga. She's about 5 months along and in her happy energetic 2nd trimester. I think it will be really nice in a few month's time when there will be a group of us with small babies all trying to figure out this whole parenthood thing together.
We've decided not to do the cord blood/stem cell collection. After a lot of research and speaking to some health professionals and friends who are also expecting, it seems like the research is not entirely conclusive and even using one's own stem cells to cure a certain disease is not the best option since those cells will be diseased already.
on May 14, 2010 No comments: 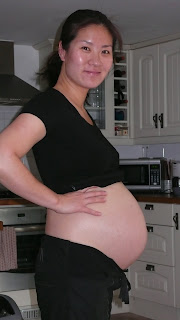 Life has taken on a slow and steady pace.
I'm amazed how tired and lethargic I feel. It's totally unlike me.
I get sudden random bursts of energy but then it's gone and I'm left feeling zapped.
Evening baths are becoming a ritual. It helps me relax and sleep better, very important as insomnia is also becoming a nightly occurrence.
As I lay in the tub and the baby kicks and squirms inside, it ripples out into the bubbles and I giggle with glee.
If he can already bring this much joy into our every day lives, imagine what it'll be like when we finally meet him!
on May 10, 2010 No comments:

So this is what pregnancy back pain feels like.

Quite similar to a hot iron dagger being continuously plunged into your spine i'd imagine.