Crossing the Gulf of Maine

So much to say and I can't really put it all into words yet.

What I will say is that I am very proud of all of us, I now know we still have so much to learn but I also believe we can do more.

We initially had a third crew (adult) member join us for this leg because we weren't sure how it would go and what if one of us or the kids got sick. Having that one extra person for our first night passage would be reassuring. In the end, it didn't work out for logistical issues. Getting to Yarmouth is not easy by public transport!

We decided that we could do it ourselves and that we would just be really cautious and only pick a very good weather window we know we could handle.

At 3pm we left the dock and motored out of the mouth of the Yarmouth River. It was still extremely foggy so we sounded our fog horn for 4 seconds every two minutes.

Once out of the river, we hoisted both sails out fully on a port tack. We didn't take them down until we were about to enter the mouth of Northeast Harbor in Maine, 22 hours later.

The wind was coming from the south at a steady 13 to 15 knots.

The swell was very little, less than one meter.

All this contributed to a lovely sail, perfect conditions all the way through. The only downside was the fog and then the numerous lobster pots when we were approaching Maine.

Matt and I alternated watches. We didn't really discuss who would stand for how many hours, etc. By nature I am a morning person and Matt is the night owl.

So he went for a nap from about 5 to 10pm while the kids and I did a watch.

Around this time Aila was feeling a bit green and was sick up in the cockpit. We realized that she was cold and wet which likely didn't help matters.

I cleaned her up and put the kids to bed in our aft cabin, each with their own bowl and wads of tissues.

I crashed on the long sofa bench in the salon. The motion of the boat certainly takes some getting used to but I was so tired I didn't really care.

I got dressed back in my foulies and headed up to deck we were now steering to 320 degrees averaging about 5.5 knots.
Not super speedy but very comfortable.

Chatted to Matt about what he saw and anything in particular I should know about. Then he went to bed.

The sails were set perfectly and all I needed to do was keep my eye on the chart plotter, wind direction and speed, adjust the sails if needed and do a 360 degree observation to see if any vessels could be seen every few minutes.

Basically, I just sat there for the next few hours with my neck craned looking up at the sky, warm air on my face.

I was ready for this crossing on a practical and logistical level. We checked all the systems, provisioned, did weather routing and made sure every crew member were good and ready to go.

But I was not ready for the emotional onslaught that lay waiting for me as I stood watch in the night.

It is something I cannot quite put into words. Just the pure fact that I was helming a boat that we had put so much sacrifice and love into, to be now sailing by pure wind to our next destination of our choice.... All of this under the most incredible blanket of stars. I felt powerful and so small at the same time.

The milky way was clear and so reassuring for some reason. I saw multiple shooting stars, like winks from heaven. The peacefulness of night sailing is indescribable. I think it is the first time since we moved aboard that I actually felt a release and enjoyment that was pure.

I had one goal. To steer the boat. Nothing else.

All the other tasks and activities during the last two months have been so all-consuming, often having to multitask.

But tonight, I had only one goal. To steer the boat.

Although it is not crossing the entire ocean awesome, it is my first night sail and tonight will live in my memory forever.

And the tears, oh I was not ready for that! Why didn't anyone warn me there would be so many tears? So many happy tears. So many tears that have obviously been bottled up and just needed a release.

Sunrise wasn't that spectacular due to the fog. But it is nice to see land again for the first time and the hills on Mount Desert island are incredible.

I was back up at 8am and on lobster pot watch. There are so many of them, it is unbelievable. It's like a video game where you have to dodge them. I have heard of people avoiding Maine altogether because of the pots. I can see why!

The day was spent checking in, treating ourselves to a meal and meeting up with two other kid boats! After a bit of push, our kids went to play with the other kids.

I am shattered but am delighted that we have made it here. 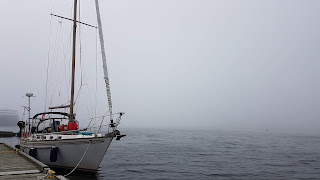 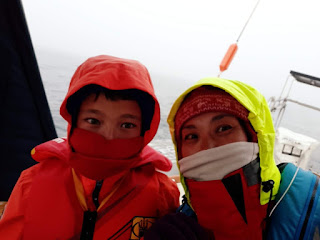 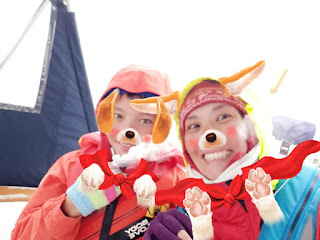 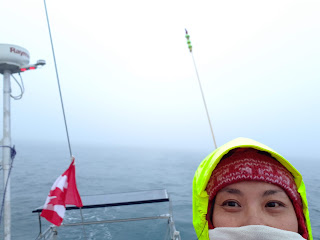 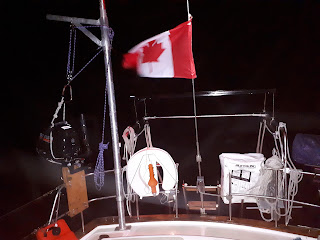 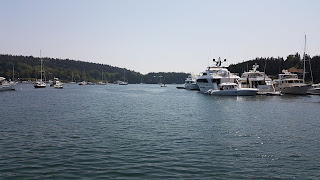 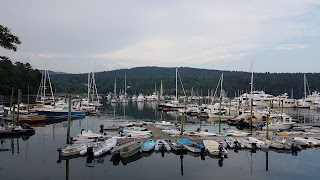 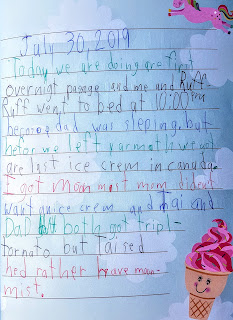 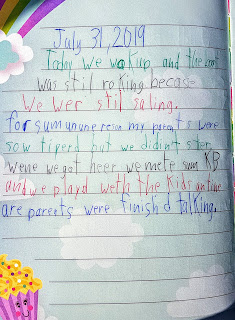 It was a foggy morning motor back to Yarmouth. Bit rolly with confused waves due to the strong outgoing tide.

We docked up, got diesel and filled our water tanks again.

We did a couple more loads of laundry, showered and said goodbye to Lillian and the girls.

Thank you for coming on board and sharing in our journey. Have a good rest of your east coast road trip!

This afternoon we welcomed Harry Trefry and his family on board for a quick tour and chat. Harry works with Kam Wong and is from Yarmouth.

What good timing that he happened to be visiting family when we were here as well. Thanks for the visit and the delivery of The Economists from dad. If I ever find time to read them, it will be a miracle!

Tomorrow we cross to Maine. Aiming for Southwest Harbour.

We checked and double and tripled checked the forecast and winds. We consulted with our mentors. We finished a couple of boat jobs. The forecast is looking best to cross tomorrow out of the entire week. So tomorrow we set off.

We want to arrive in Maine around mid day so we will leave Yarmouth after lunch tomorrow. It should take about 24 hours.

If I'm honest, I am excited but more nervous. I've never sailed at night before and certainly have never stood watch by myself at night.

But we are standing at this precipice and ready to jump. Once we jump, I know I'll be fine. But the anticipation is what is nerve wracking.

Aila and I did a last minute shop at Pharmasave down the road. Lots of ginger candy, ginger ale, chocolate, cake, biscuits and easy to grab snacks were purchased. I even snagged the last rappie pie in the fridge!

The kids think long overnight passages are awesome already. I mean, look at all the junk food mom bought!

They are begging us to do a watch though so we'll see if we can work one in. Maybe a sunrise watch. That would be special. 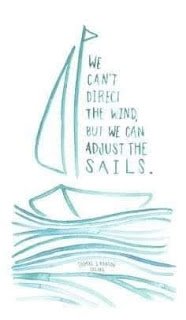 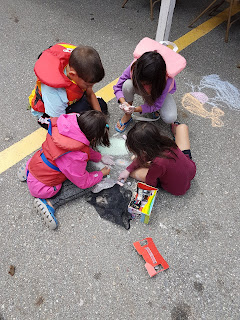 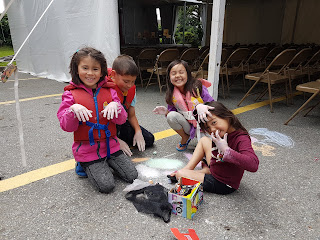 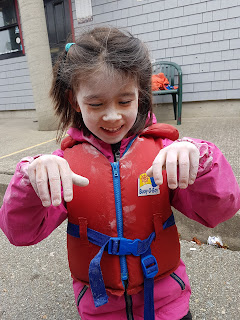 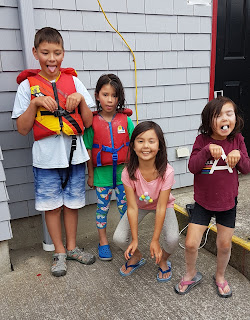 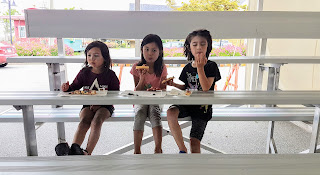 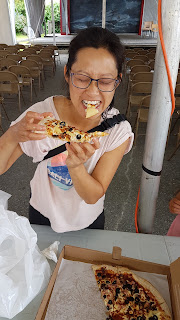 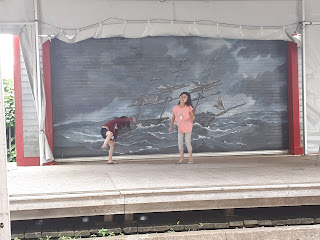 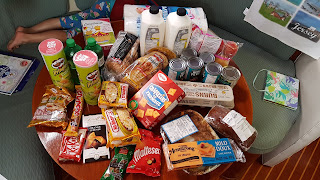 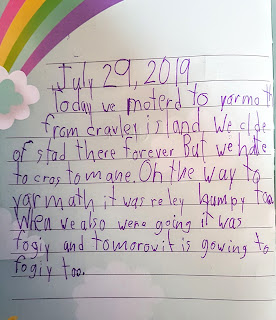 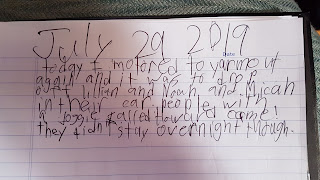