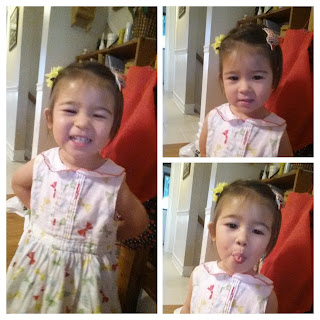 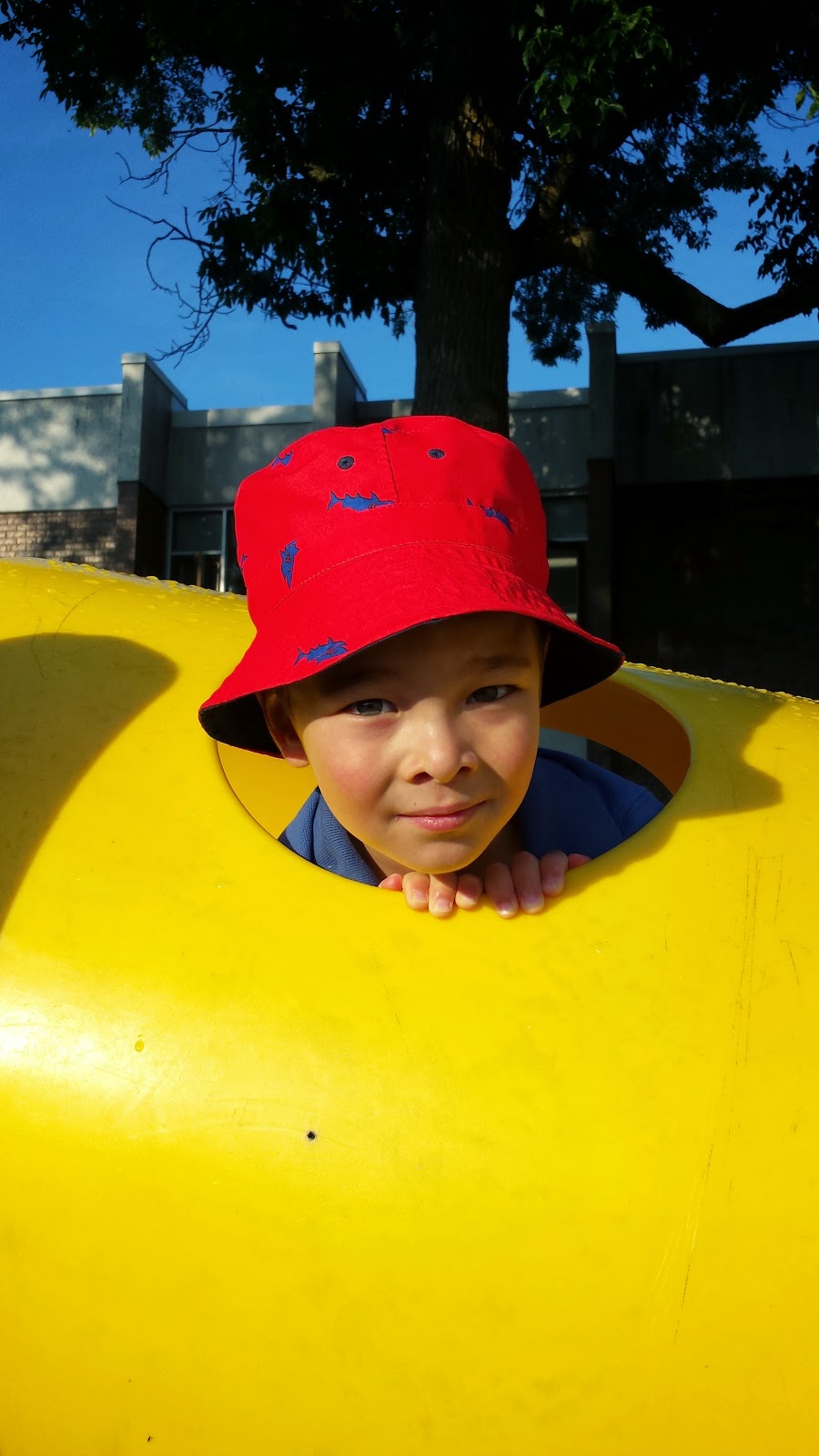 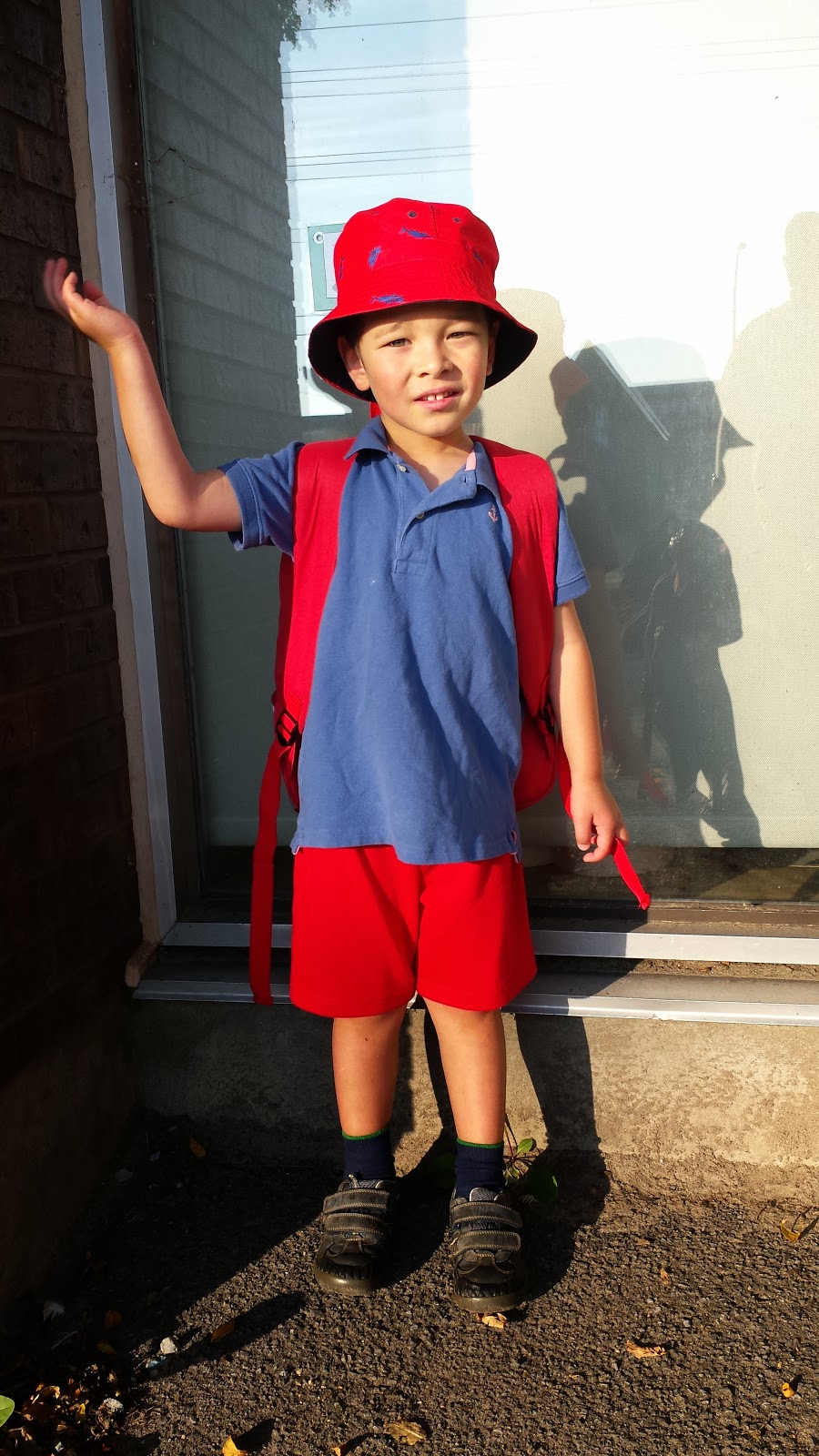 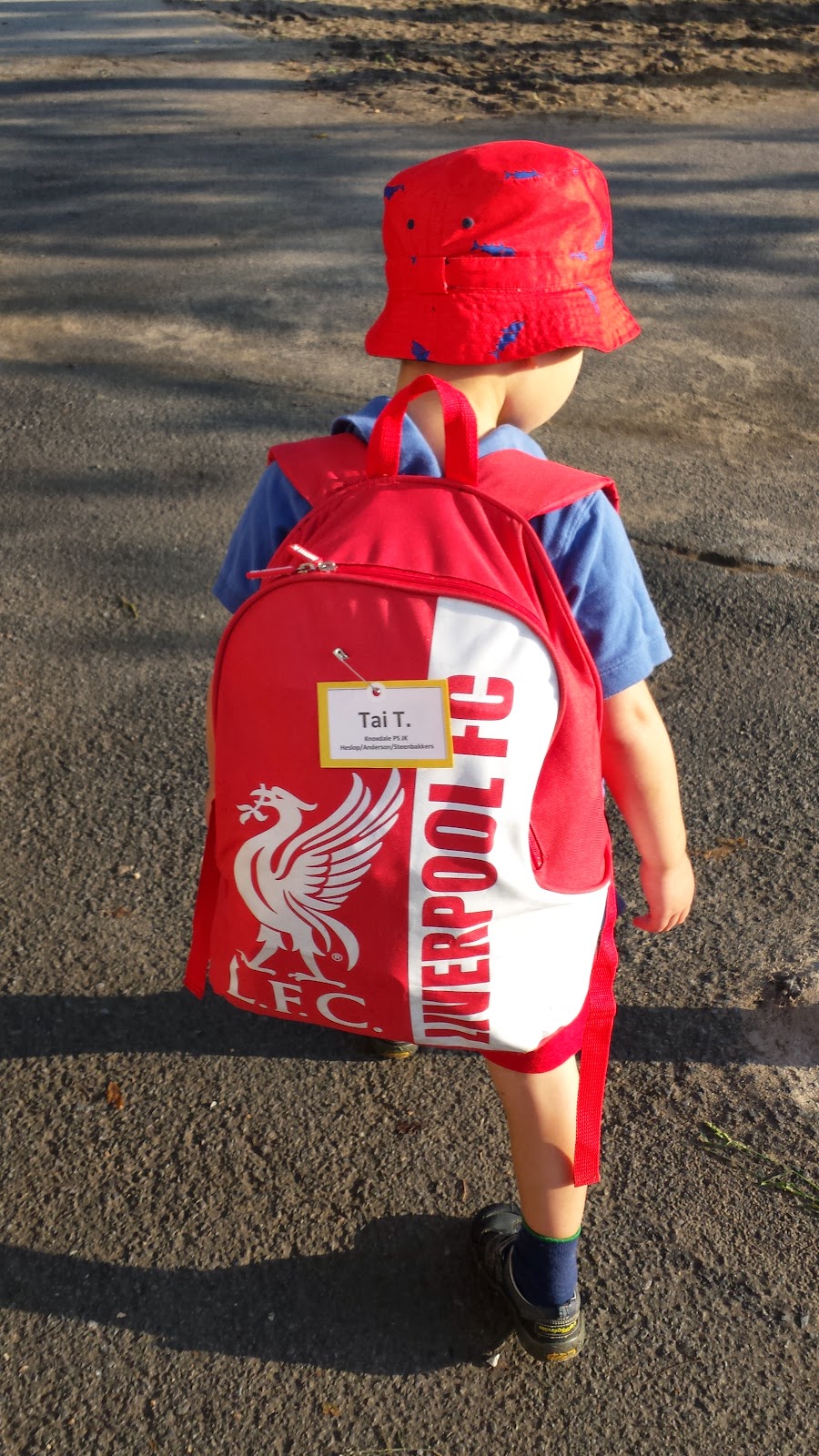 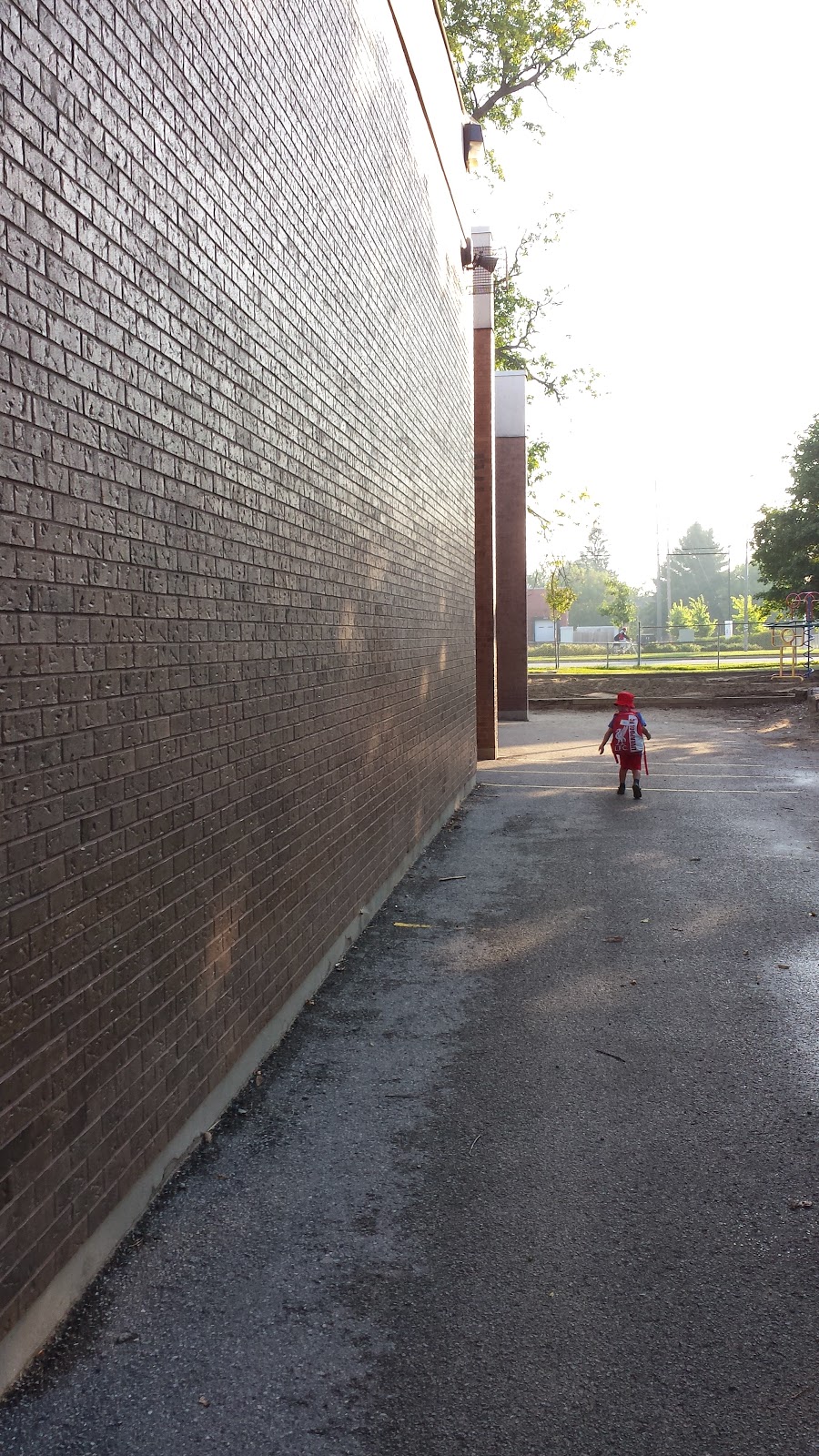 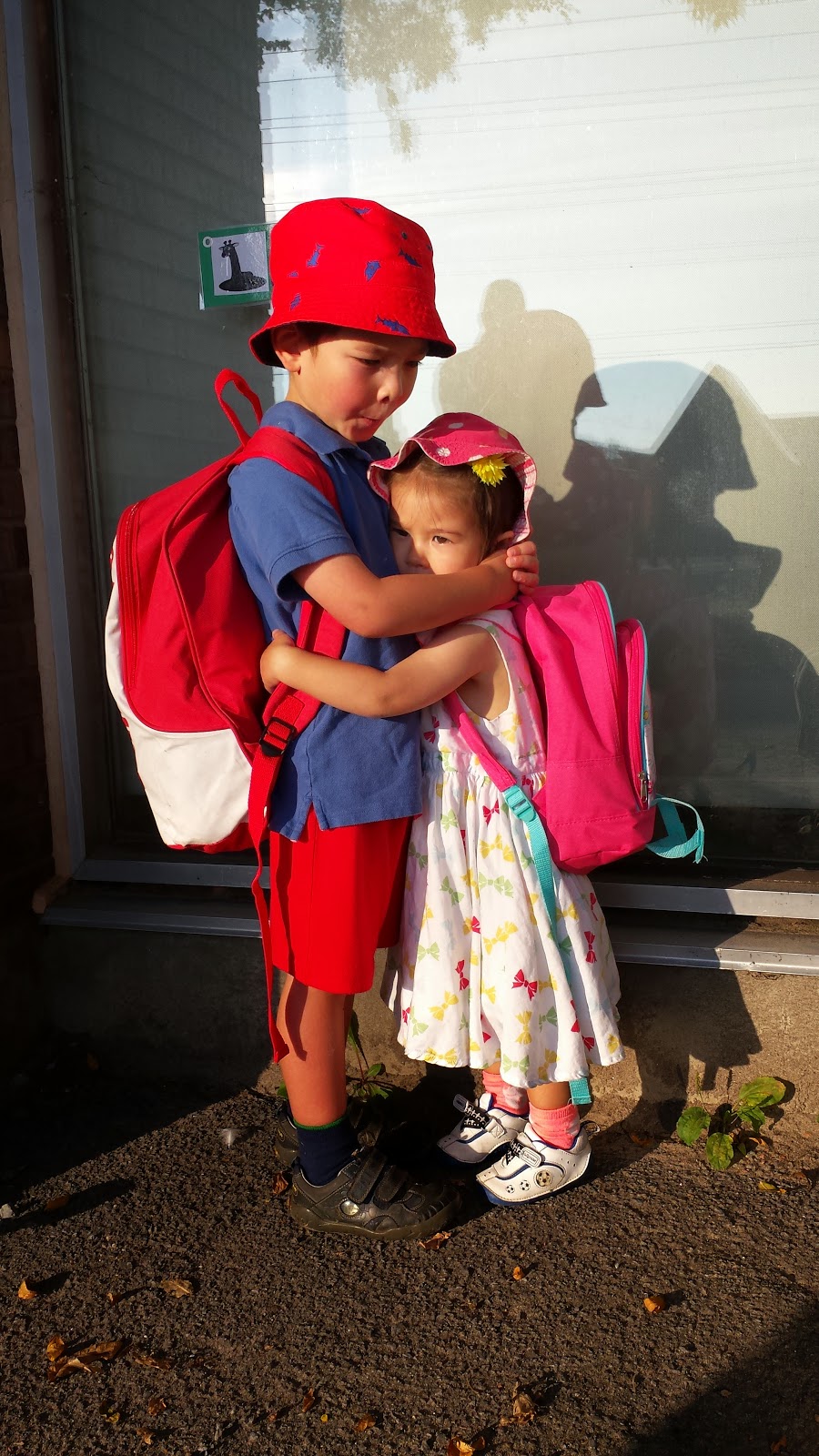 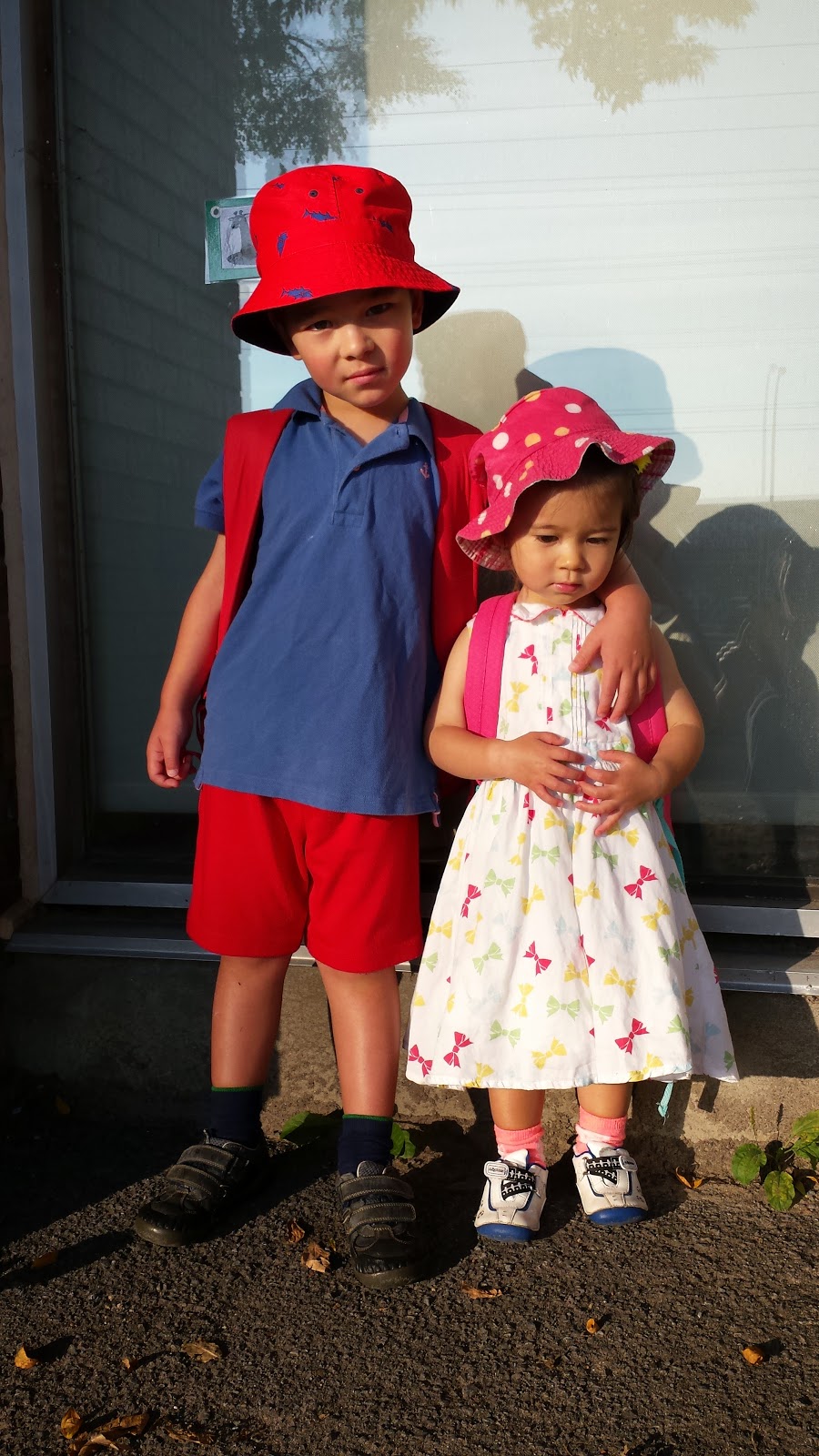 The night before JK 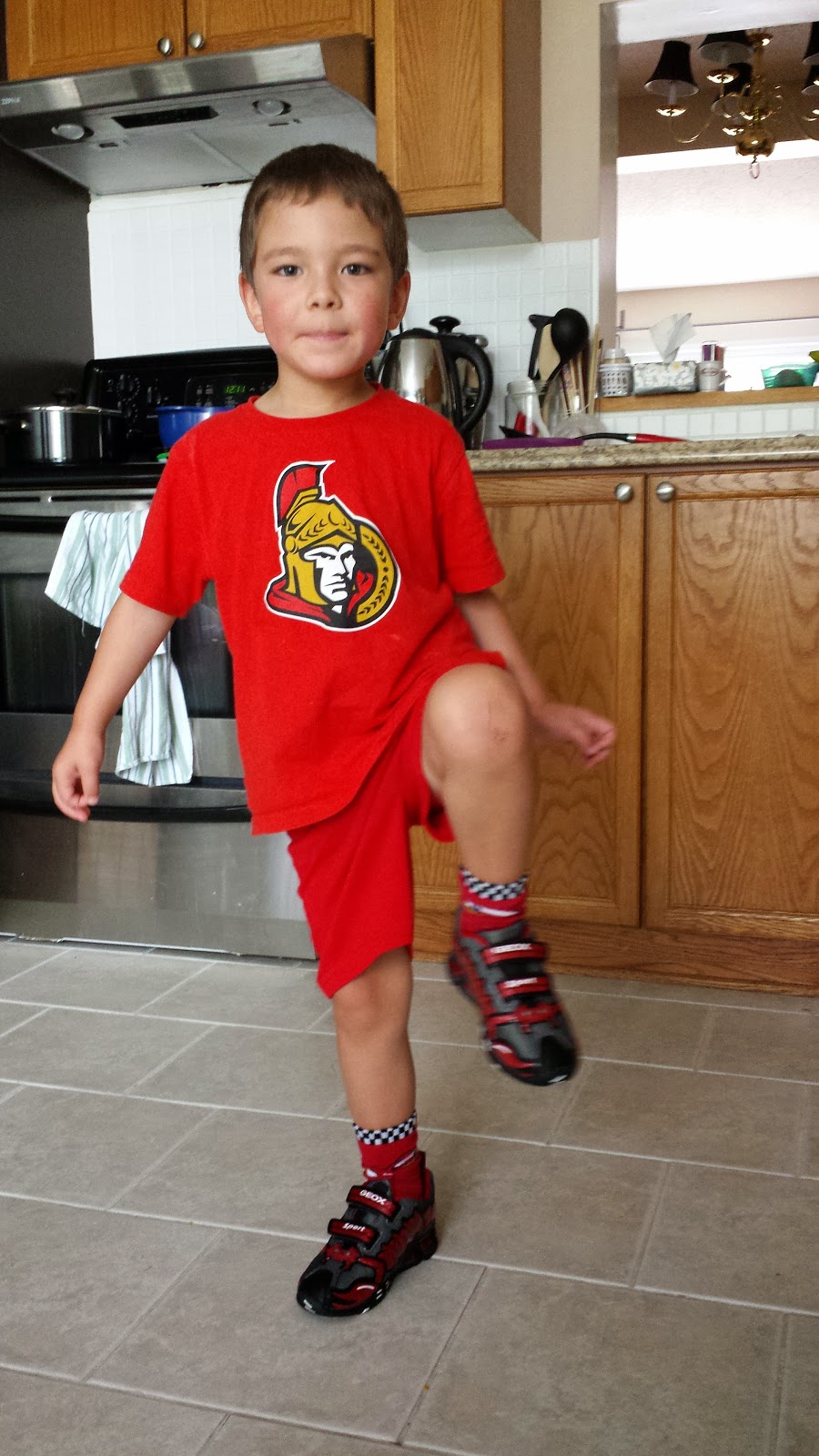 The last full day before Tai's Junior Kindergarten journey. We had a very relaxing day. No tantrums, no real fuss. Lots of playing and laughing. The kids played in the basement on their own for a long time in the morning.

Then we went out and bought Tai some new indoor shoes for school. The kids must always take off their outdoor shoes when they come in and change into their indoor ones. The ones he chose light up and he is absolutely over the moon. 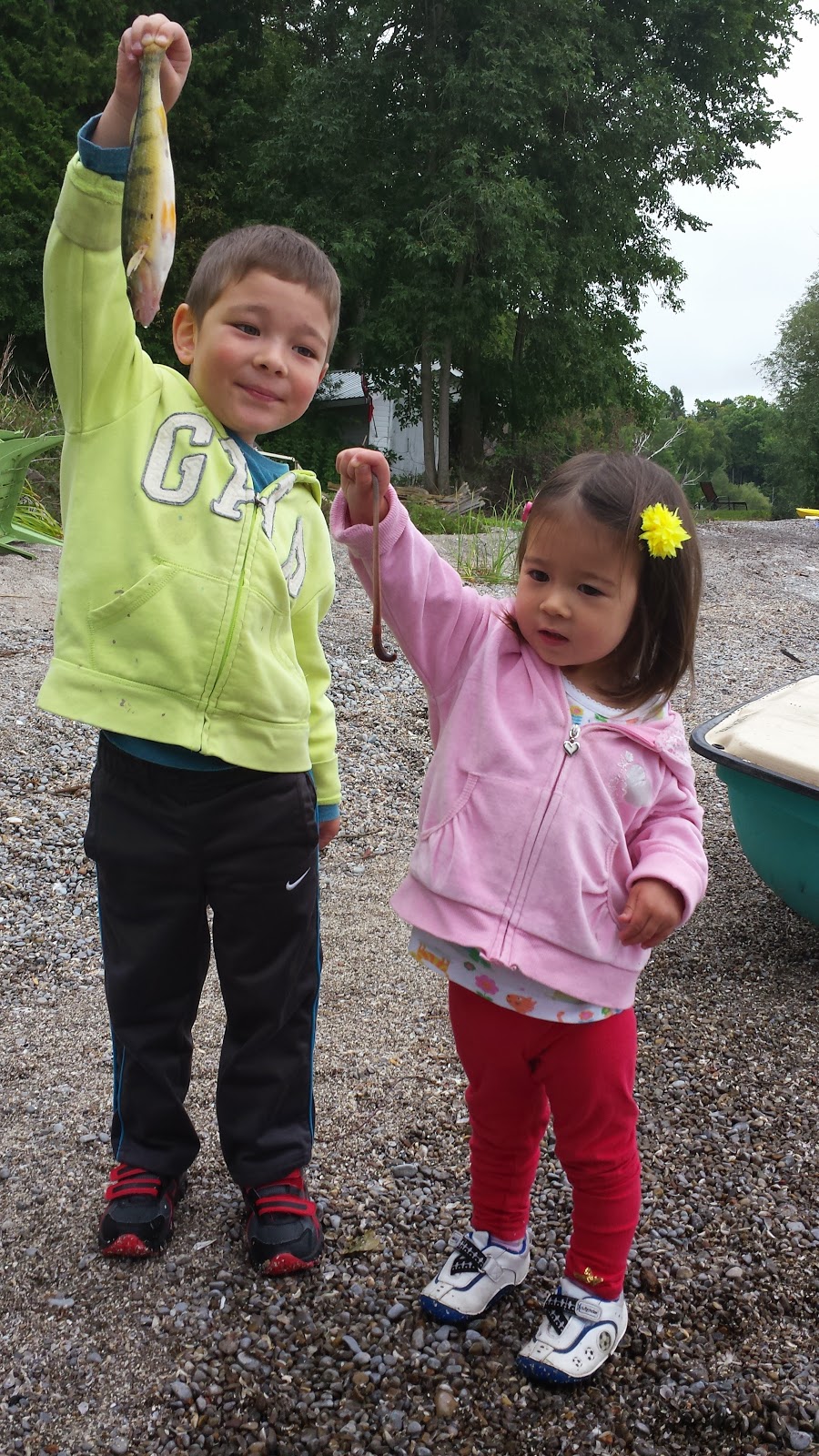 The previous doubts I had on spending so much money on a pair of running shoes quickly evaporated. $75 can certainly buy a 4 year old happiness!! :) Especially if they come in the form of red light-up shoes.

This afternoon we got dressed in our school clothes and put our backpacks on and practiced walking to the bus stop, what we would do, say, etc.

I most certainly did hug him a little tighter and look adoringly at him a little longer these past few days. What a journey it's been so far. Now we have to let go a bit ... 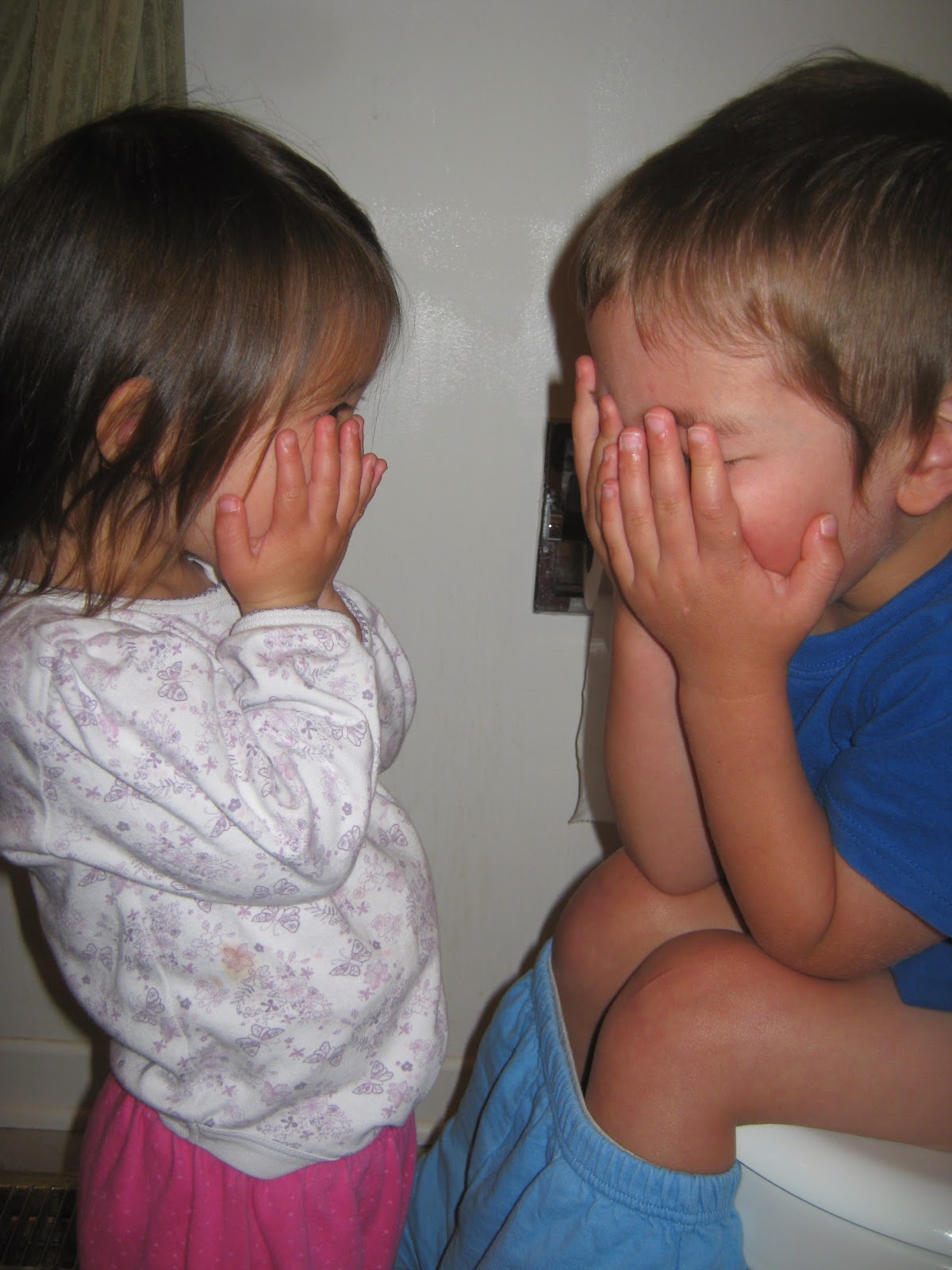 And even though they were in bed before 7pm (we're trying to have them asleep by 6:30 in order to get a full 12 hours sleep each night), they were chatting well until past 8 o'clock. I could hear bits of conversation from downstairs but then suddenly Tai shouts "I'm going to schooo-ooool!!!" in a sing-song voice.

This was quickly followed by "No, Aila. I'M going to school. Not you!"

Poor girl. She already insists on wearing her Dora backpack each time we go out, and she knows how to put it on herself. This afternoon I gave her a pencil case that was lying around in storage. She wouldn't let go of it and kept saying proudly "This is MY special pencil case!" She even went to bed with it.

They really are going to miss each other. They have become quite good companions in the past few months, especially since moving to Ottawa.