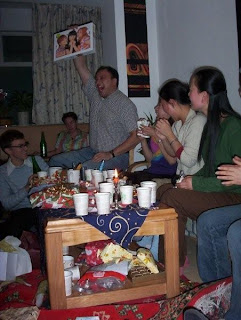 Overdue entry, i know. But here goes, my attempt to summarize what has been happening in the past few weeks. 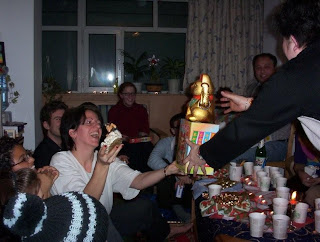 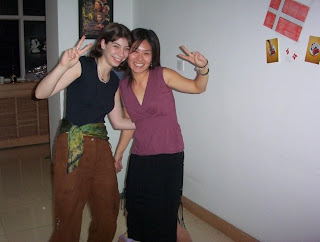 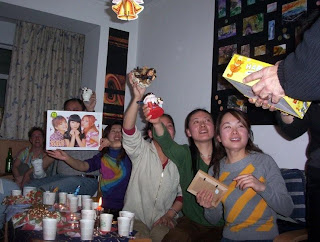 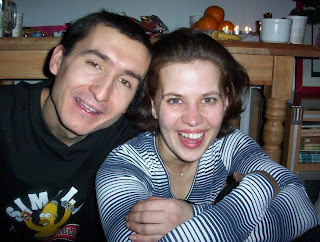 Christmas was filled with lots of fun gatherings with friends and colleagues. Susi and I hosted a Christmas Party

on Dec.24 - lots of people showed up (more than i ever expected actually), and after pretty much everyone had left, Uli and I went clubbing down the road in some underground club, excellent times! 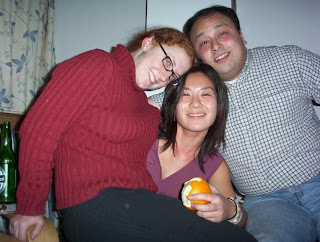 was on December 26th at the Yindu Hotel. Lots of games, food, screaming, songs, yelling, dancing, and finally... beer for the teachers! 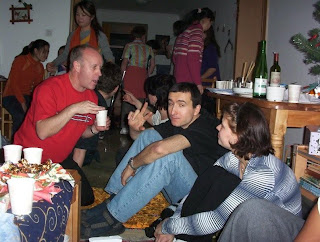 New Year's was celebrated amongst the biggest gathering of foreigners i have yet seen in Urumqi. We gathered at the Silk Road bar, where one of my colleagues had the intention of setting up his discs and tunes. 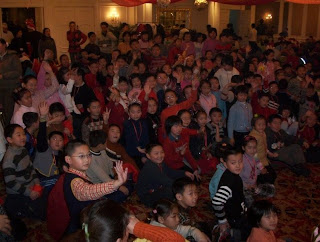 Unfortunately one of the wires busted and we were left only with the cacaphony of random drunken slurs of people manoevering their way through conversations about mountaineering in the desolate Xinjiang mountains to the debates of whether China should become a democratic nation.

We welcomed a couple more teachers since the last time I wrote.

Alina, who hails from Canada also (Windsor!), arrived a week ago with experience in electrical engineering and various stints of ESL teaching in Eastern China, Thailand, and Indonesia. 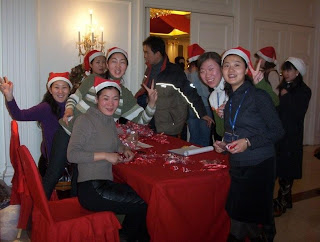 Peter, a British bloke (from the North, a very important distinction I've gathered), who landed a couple of days ago with his mountain bike and will be part of the new school of EF. He's been biking around the dodgy streets of Urumqi and getting to know the city well, although he did pass through the area 4 years ago when he biked across a part of central Asia and China.. and ? 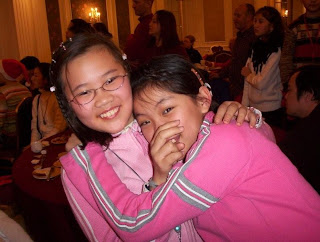 The winter intensive courses are begining tomorrow. They run for 4 weeks. This means I have almost 40 AC hours (1AC hour = 40 minutes) of teaching to do, not including the 'chores' that we are assigned weekly, such as Social Clubs, OPI's (Oral Placement Interview), etc. 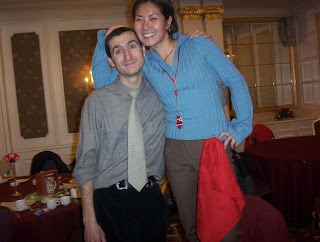 I'm actually really looking forward to them, getting to know the students on a more personal level since i'll be seeing them several times a week. This is good motivation for me to conduct a good class, something that i've been needing as of late i feel. 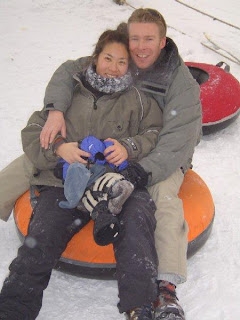 with a bunch of friends a few weeks back. Of course, it was nothing like many of the Canadian ski hills that most of you are used to, but it was good fun nonetheless.

There were a few runs, some powdery snow, and a lot of first-timers on the 'bunny run', which i think proved a lot more difficult than the 'advanced run', only due to the fact that you had to manoever your way around these people who would literally set themselves up on the top of the hill where they could see a straight line down the mountain that would prove the least dangerous.

Then watch out, cause once they're off, they speed like rockets down the hill oblivious to whatever is in their path. Perhaps oblivious is not the proper word, i do think they are completely aware of what lies ahead of them, but the fact that most haven't mastered the skill of turning or even slowing down renders the object that unfortunately happens to be in the way, redundant, and sooner than later, hit/squashed/pummelled/smashed to bits. 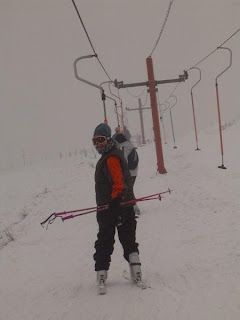 Had a teen class yesterday where I invited some 'guest speakers' to come in and do a mini presentation of their home country.

Each student had to choose a country to research on and present in class. Michael talked about Canada and even sang a Lumberjack song, much to the students' amusement. Fatima talked a bit a bit about El Salvador and showed us how to swing our hips to Latin beats. And Matt introduced us to the charms and treasures of tiny Jersey Island, entrancing the students with stunning pictures and captivating stories. Good variety for the class, and an opportunity to hear different English accents!

Making plans for Chinese New Year (Feb.7-13), where pretty much the entire country is on some sort of 'holiday'. We at EF get one week off. To avoid the vicious crowds that will be undoubtedly be travelling en masse to all sorts of in-China destinations, not to mention clogging up the modes of transport like trains and buses, Matt and I are heading down to Thailand for one week! I'm getting super excited as i've never been to South-East Asia before, and Thailand will just be a taste of what can be experienced there, probably leaving me with an urge to keep travelling and seeing the surrounding countries. Going to stop on the way back to see Stella-bean in Bangkok who is doing an internship there right now - yay!!! It will be very very nice to see a familiar friend from back home!

We are planning on going up north to Chiang Mai for some trekking, and then flying down south to Phuket for some sun-infused times. At first we thought of going to the East side, thinking the south/west was still too devastated from the horrible tsunami disaster. Upon more research and thinking and talking, we decided that the best way to help a situation that has brought so much devastation to a single country is to reply to its many urges of tourists to return to their hotels and beaches so that their financial situation can pick up again. Matt and I have said that if we see something or someone that needs help, we will do so, not limiting ourselves in any way. It will be interesting to see first-hand how it really is, and not just read about it.

I organized a mini-drive at EF amongst colleagues to see how much money we could raise for the Canadian Red Cross. I was so thrilled at how many of the local staff also contributed, well aware of the fact that their salary is only a slight percentage of what we foreign teachers get paid. The good news was that with the money we gathered together, my dad at SDM doubled that, and then the Cdn. Gov. also doubled that amount. Let's just say that the total amount raised (in Chinese RMB) is equivalent to seventy years salary for a local farmer here. A little certainly goes a long way.

We went through a rather nasty cold spell, and we are experiencing the tail end of it, although i'm sure we'll get another one before spring comes. It got down to -32 on Xmas day, the coldest i've ever been here! Nowadays, there is a lot of fog and pollution, ugh. I'm sitting up on the 25th floor and all i see outside is this pasty-milky fog/haze. It's so dense i can't even see the ground. Somedays the drab of the city in winter really does get to people, me included, and we hibernate and recoil into our homes and thoughts and spirits. I'm trying to keep happy and surround myself with happiness, which at the moment is NOT a problem (!), so even though i feel as if i'm floating on clouds, at other times i do think Urumqi needs a big heads-up on what constitutes good clean air and how to manage it... 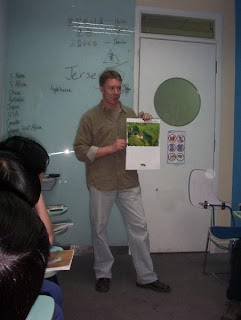 So to sum up, this month has basically consisted of a lot of growth, discovery and sharing. Intense as everything is, i'm standing solid on the ground with my wings spread. There are emotions errupting inside of me that I have never felt before. Let me try and paint a word-picture: Think beautiful rays of a sunrise, when it first peaks beyond the sealine or mountain peak, of how its radiant glow just captures the childish awe in you, enveloping you in its warm embrace. Imagine how the sun rises, quickly but steadily, and as it does everything in its path is touched by all its glory and light, and those things in turn begin to breathe and smile... unjustifiable words i'm using to describe to you this feeling inside of me. But there you have it. Lots of good memories and appreciative lessons learned in so many different and (sometimes) difficult circumstances; they have only prepared me for what I know will be a truly incredible 2005.
on January 17, 2005