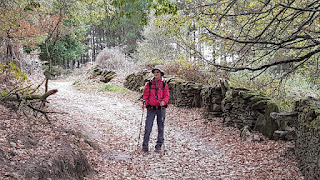 What is an anniversary?

Why do we commemorate people or events on these particular dates? Is there a better term for a 'death anniversary'?

I was dreading the month of April for the entire year. Mainly because I knew what was coming up on April 24th. It was to be the anniversary of Mom's death. One year ago. And that date will never change.

Flashbacks to that day and the days following kept leaping in my mind, more vivid than before. I think April will always haunt me.

Dad asked me how I have coped over the last year with my grief. I said I coped by keeping busy, out of necessity I suppose but also out of avoiding the grief itself, especially in public.

Privately, I coped by allowing myself those 25 minutes of commuting every morning and every evening in the car to cry or scream, without needing to apologize or stifle myself.

As cliche as it sounds, this year has forced me to put into perspective what kind of life I want to lead on earth - now.

All my insecurities, excuses and perceived challenges have lessened somewhat so that I can boldly, but still tentatively act on my dreams.

April 24, 2018 will be the date Mom left this earth. It will also mark the turning point in my life where I realized the true significance of: Life Is What You Make Of It. So take a deep breath and dive in.
on April 24, 2019