Perth Part 3: These are some of my favourite things.... 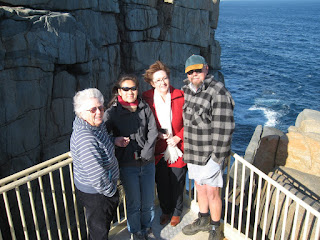 We couldn't leave Albany without seeing any of the tourist attractions. The night before we took a quick tour up to Mount Clarence for a nice look out into the harbour. 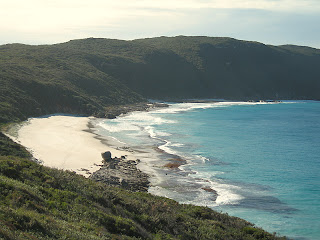 Albany has the reputation of being a thriving whaling port and it features some of Australia's most rugged and spectacular scenery. 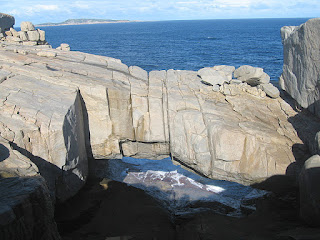 The next morning we met up with Anne and David again and went south to see The Gap and the Natural Bridge, rugged natural rock formations surrounded by pounding seas. 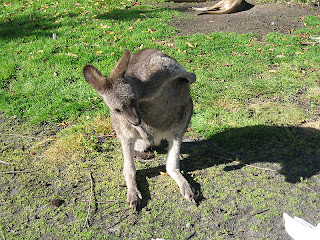 Unfortunately time was not on our side and we promised we'd be back another time to do Albany and area justice. 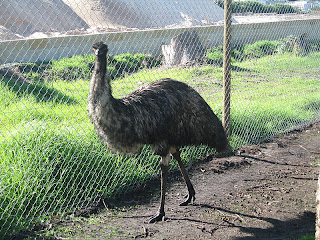 There was just so much to see and do, from camping to hiking to whale watching to beach activities, no wonder Albany was named the best city to live in in Australia!

We had time for one last stop before heading back to Perth. And that was seeing some kangaroos!

After passing 7 dead ones on the side of the road throughout the week, it was a treat to see about a dozen of them alive and hopping.

There were ducks and an emu too, although he looked like he had had enough of being cooped in and was pacing the length of the fence looking for an escape.

Driving back to Perth on Highway 95, we stopped in Kojonup for a hot lunch and a look around the Kodja Gallery, a well-maintained hands-on museum about their local culture and history. 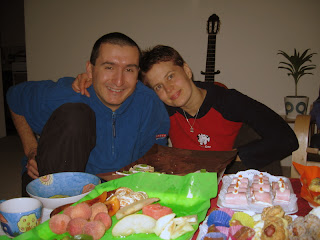 Arriving back home in Perth, we had just enough time to wash our faces and grab some slippers before we were out the door again to attend the birthday gathering of Michal, one of my old colleagues at English First in Urumqi! As usual, he and his sweet wife, Kamila, greeted us with warm hugs and yummy treats. 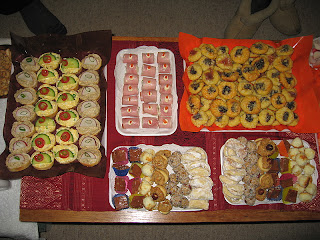 They met in Perth years ago and after a stint in northwest China, a marriage back in their native Czech Republic, they are back in Perth with Michal studying for his Masters in Accounting and Kamila working. There are some people who are just genuinely sweet and sincere in this world, so kind and generous to everyone they meet. Michal and Kamila are shining examples of these people. 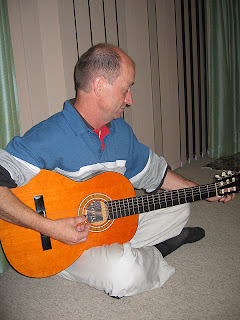 It was a great night with old and new friends, and Aunty B even remarked at one point "Isn't it unbelievable that so many people from so many places around the world - Czech Republic, Ireland, England, Jersey, Canada - were all gathered in Perth!" To cap it all off, we were treated to a live guitar performance of Czech folk songs! 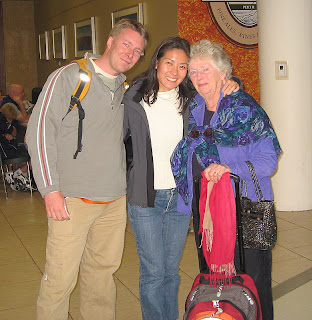 And so with heavy hearts, the next morning we made our way back to Perth International Airport. A short visit perhaps, but one with memories for a lifetime. As i sit here several weeks later thinking about our time in Western Australia, it becomes clear to me that the places we saw will always be there: the Kerri trees, the beautiful coastline and even the kangaroos. But what is irreplaceable are the people we've (re)connected with and the dozens of stories we heard along our journey, mostly of Aunty B and her sister's (Matt's Granny) life. These are the stories and tales passed on that makes 'family' live on, if only in words, and that is worth more than all the golden syrup dumplings in the world.
on June 24, 2007