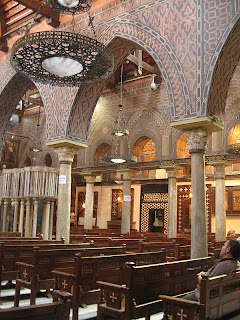 As a last stop on the tourist track in Cairo, I went to visit the Coptic Museum today. 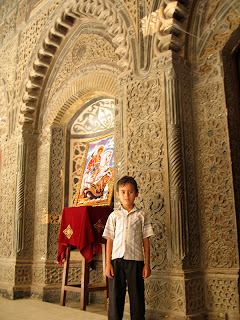 Surrounded by beautiful buildings and churches, it traces the history of Christianity in Egypt in terms of food, clothing, teachings, materials, inventions, etc.

Well worth the visit, but probably best in the early morning or late afternoon to avoid the H-E-A-T! 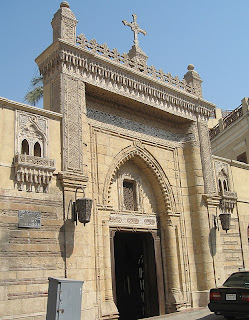 Friday night i went to hear one of Egypt's top marimba players perform at the beautiful open air-theatre at the Cairo Opera House.

Accompanied by 10+ person band who played inspirational piano, trumpet, drums, djembe, flute, and other instruments i don't know the names of, they put on a rousing show for 90 minutes nonstop. 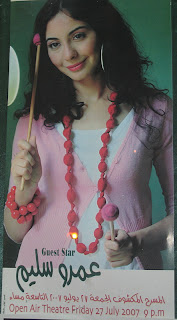 Incredibly sweet and charming, she is known to help children in the community, mainly with disabilities, to give them an opportunity to create music.

At one point a little girl, probably no more than 8 years old, dressed in a pink angel outfit, came out to sing a song. Later on, a deaf boy gave a solid performance on the electric piano. 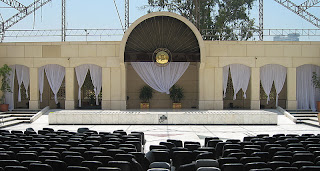 According to the French couple whom i was sitting next to, this boy was also featured in her concert 3 years ago as a budding protigy. Obviously he has grown and matured, both in size and musical talent. Overall, a wonderful night of authentic Egyptian music and ambience. And with the light breeze, the heat was bearable. 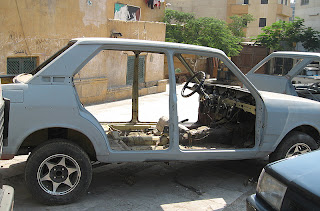 Nayra Atiya, a native-born Egyptian who immigrated to America only to return years later to learn more about her origins, she compiles these women's stories and arranges them to show how different women in Egypt view their role in the family and greater community.

Quite anthropological, it provides a good insight into Islamic-Egyptian culture, albeit a bit dated as it's set in the early 80's.

Well, my longer-than-expected Cairo stopover has definitely given me the yearning to return and explore other areas of Egypt, especially the South. It is very fascinating, from the friendly people to the culture to the ancient artifacts and monuments. But definitely for next time, I'll be sure to pack two essentials: a detailed guidebook and a Matt.

I'm back in Hong Kong again, and having missed being together on our 2nd Jersey wedding anniversary (July 29), Matt met me at the airport with a Xinjiang meal take-out, still hot from Shenzhen! We had initially planned to hop across to China in search of some fatty lamb kebabs and banmian to celebrate the day. It turns out he went on his own and brought some back instead. It's good to be home!
on July 30, 2007