Happy New Year: This is the bush, baby 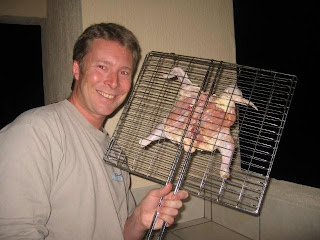 Back in SA, the heat and humidity hit us like a ton of bricks.

After a restful day in Ermelo, we arrived in the town of Hazyview at Uxolo Bush Lodge.

Only opened for a month, the Meintjies family had moved from Gauteng to be closer to Kruger National Park, a mere 10 minute drive to the nearest gate. 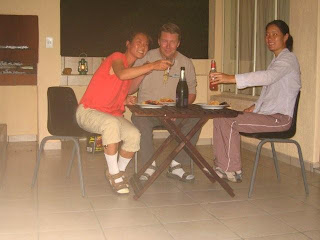 They decided to open up a B&B and combine it with personal safari tours in their 4x4.

We had no idea about their exceptional knowledge of Kruger Park, and even more amazing, they were a family of photographers as well!

That afternoon, Arno took us on an impromptu game drive, introducing us to the beauty and secret hot spots of the Southern Kruger Park.

It was amazing, plus he knew exactly how to position the car to get the best shot possible. 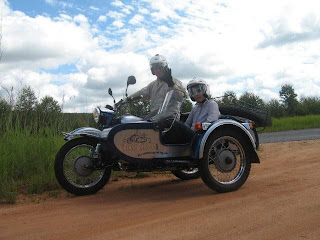 That night was New Year's Eve and we took full advantage of the braai and roasted a whole chicken bought from the local fast-food chain, Nando's. Yum yum!

With a bottle of bubbly to wash it all down, we rung in the New Year early and headed to bed before midnight!

For the past few years, we haven't actually managed to stay up till midnight! Oh well, it was New Year in some other part of the world at least.

The next day we hired a Russian Ural sidecar to explore Blyde River Canyon, the third largest canyon in the world. 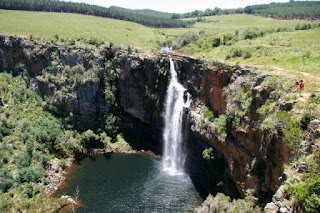 It was great fun to be riding in the sidecar, zooming past one of South Africa's largest man-made forests.

It is a tricky bike to manoever though. When you want to turn left, everyone on the bike, from the rider to the passengers, must lean their body to the left to provide weight so it will not tip over. 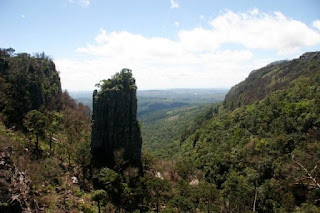 I had a go at it for about 200m on a side dirt rode and like the guy said at the shop, "You have to treat it like a Russian agricultural implement, not a motorbike". How very true. 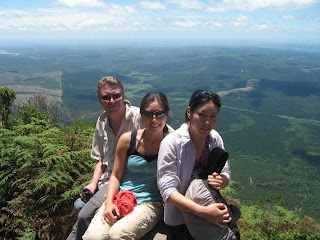 All created from millions of years of erosion, it provides an exciting day out when you want a break from seeing lions and elephants.

That night back at our bush lodge, Arno and Louise, along with their son, came knocking on our cottage door to tell us there were a couple of owls in the trees. 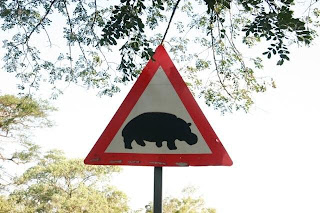 We ran around with torches, trying to catch sight of them. Their son was an expert at making owl hooting sounds, and they responded to his calls accordingly. Amazing!

The next morning we woke up to find hippo tracks next to the fence! They actually trampled through the bushes down to the stream! You can't get much better than staying with this family!
on January 01, 2008